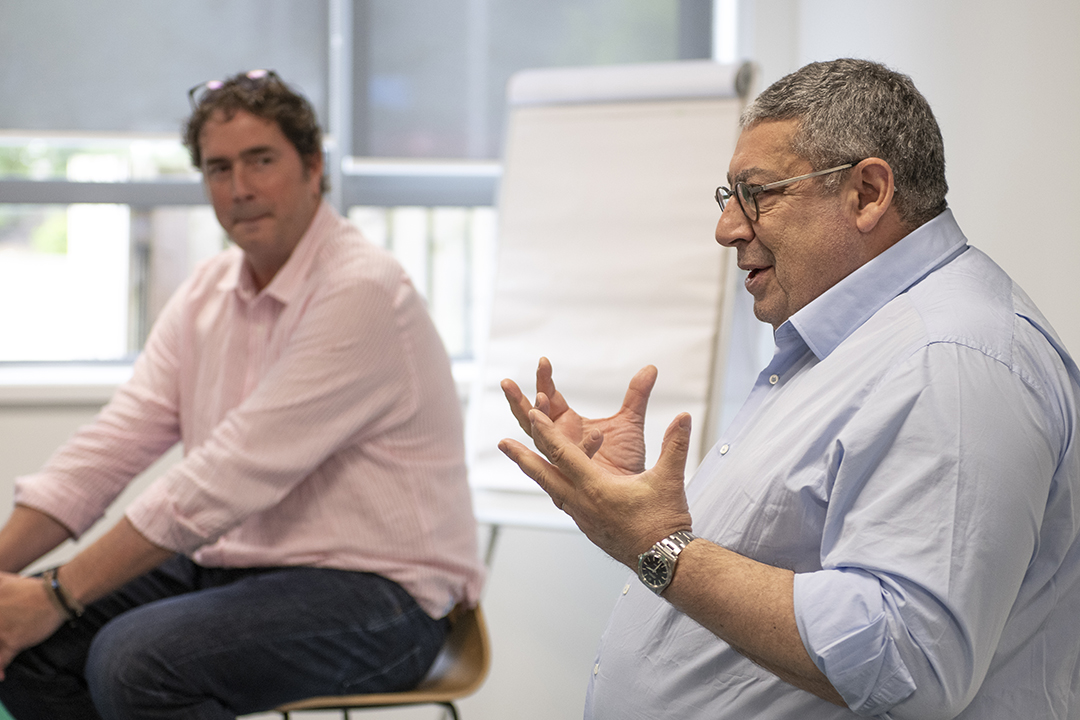 We recently had the honour of welcoming our CEO Raphael Palti, to meet with both Altavia HRG and Altavia UK colleagues.

His visit came in time to mark the official opening of our newly refurbished office hub, a new and collaborative meeting space for all UK Altavian’s and was of course marked in a style that can only be done in real life – with a traditional cutting of the ribbon!

The ceremony marked a new era for both UK businesses, uniting under the Altavia brand along with 65 other global businesses that make up one of world’s largest and most successful independent international groups: each one dedicated to the service of retail and brands.

Alongside UK Managing Directors, Joe Ward and Nick White, our teams shared our new vision for the future, our new branding and ambitious plans as to how we’re aiming to set the standard for what’s possible for brands and retailers.

Raphael also had a whistle stop tour of some our client work as he toured the building which brought to life the some of the amazing work we deliver every day for our clients from our major retail clients to some of the world famous FMCG brands we work with, as well as some of the superb activations we design and execute in travel retail.

We also had the chance to put the boss under the spotlight in a fantastic, no holds barred Q&A session. The expertise and the wisdom he’s gained over the nearly 40 years since starting Altavia was clear to see in every answer. His passion for retail, for clients and for all of his team undiminished, even after nearly 40 years since setting up the business.

And we managed to get the great man to record a quick message to all our future clients! 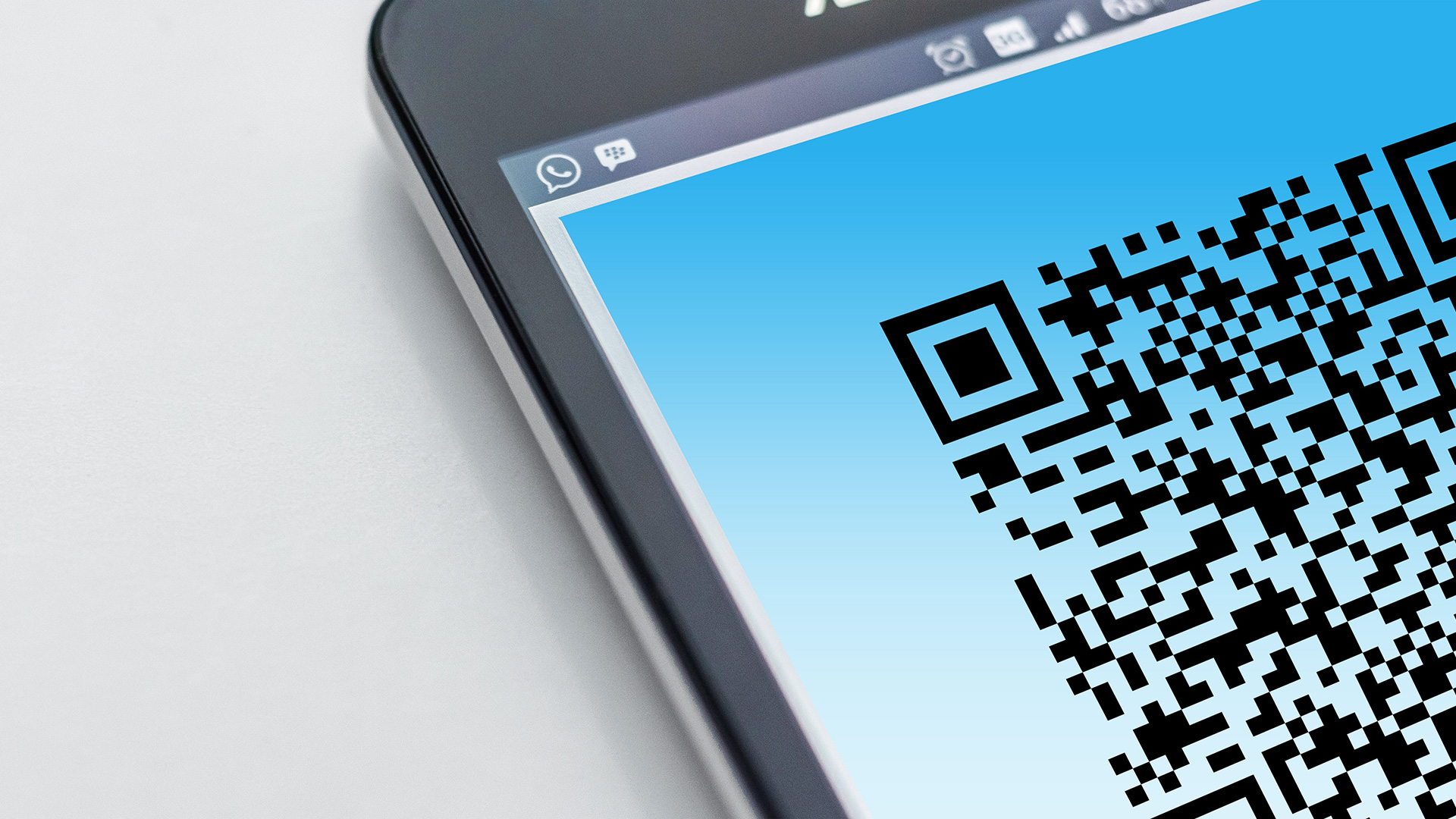 QR codes aren’t new – they’ve been around since the mid 90’s, but they’ve seen a revival lately thanks to Covid-19 and the need to get information to consumer’s safely.

What is a QR Code?

QR code stands for Quick Response code. They were invented in 1994 by Masahiro Hara, a Japanese entrepreneur who wanted to keep track of parts going through a car assembly line. They are a 2-dimensional barcode which stores information, and when scanned with the camera, can point the user to a website, or app.

A recent survey by MobileIron discovered that in September 2020, across the UK and Europe, 83% of smartphone users scanned a QR code at least once, with 40% saying they had scanned a code in the past week. From that same survey they found that 64% of respondents believe that QR codes made their lives easier, in part because it helped them get to the information faster.

In the UK, the NHS Test & Trace app uses QR codes to log your location and alert you if you encountered someone who has tested positive. All users need to do is scan the QR code when entering the venue.

This resurgence offers a way to get information to customers without asking them to touch a device.

QR codes can be used for a multitude of things, in a multitude of locations! Their versatility allows them to be designed uniquely for your brand, as well as allowing the addition of your logo within the centre of the code. Tracking can be enabled so you can gather information regarding how many times they’ve been scanned, in which location, and by which device.

Below are some examples showing how QR codes, like voice-activated technology, can be elevated to provide safetisfaction, keeping your customers safe, and satisfied.

Guinness had a great campaign where the high contrast required for their QR code would only work when the glass was filled with Guinness. Scanning the code took the user to a microsite where they could quickly tweet or share that they were drinking a Guinness! Users could then tag their friends to elicit FOMO responses.

These beautifully designed QR codes not only took the user to a Spotify playlist when scanned, but they offered a level of gamification. Clues hidden within the design of the QR code linked to rock songs, giving the user a chance to guess the song before scanning to see if they were correct.

Make path to purchase as smooth as possible

Placing QR codes on samples gives the user a quick and simple way to get to the item they want to purchase. Take the below example, the user decides which sample they’d like to purchase, and can scan the QR code to go directly to that page on the brand’s website. The user doesn’t have to worry about whether they’re on the right product, or risk not finding it at all and preventing a sale. The fewer blockages you create, the more likely your customers are to buy.

There’s a recurring event in Northampton called “Bite Street” which brings together local street food vendors. Since the UK experienced lockdown #2, they’ve reconsidered their position and pivoted to allow “drive-thru” collection. All local foodies need to do is drive up to their allocated parking space and scan the QR code to order food from the vendors. Their food is then brought to them to enjoy from their car, or to take home.

When some of our team visited a sister company in China, they found QR codes on fish! You would select your fish, scan the QR code to buy it, and it would be ready for you as you left the store!

Let’s talk about how QR Codes can help solve your briefs.